I started by congratulating Albert on INX Limited’s achievement on becoming the first SEC cleared security token. Not only is this the first company that has been registered by the SEC in the United States, but it also happens to be a Gibraltar registered company, which shows the international recognition of the work that has been done in the DLT space here. Albert is delighted that the promoters of INX chose Gibraltar, that they have taken the process through the SEC and have met the first threshold of their raise which is $7.5 million. This, he agrees, is great news for the jurisdiction.

Discussing how the use of technology has changed dramatically during the Covid period, Albert believes that back when he was appointed in 2013, we would not have been in a position to carry on working from home like we have today. Recent technological advances have helped us to do so much more successfully, with more businesses in the Financial Services sector relying heavily on technology. With this comes the real possibility of a new wave of banks, which he confirms will include the coming of a new digital bank over the next few months, which will be announced shortly. Such Fintech businesses are fast becoming the norm, and the fact that they are happening in Gibraltar is really quite exciting.

When asked how Gibraltar’s new way compares to other jurisdictions within Europe, he advises that everyone is applying different strategies, but the general trend is the same. Gibraltar is unique in that it is a niche player and is able to adapt quickly. We saw the introduction of online gaming 25 years ago and today DLT and blockchain, which shows our ability to move quicker than larger countries can. Gibraltar was ahead of the game when they started looking at blockchain six years ago. To other countries this remains a relatively new concept, which shows how innovative Gibraltar was at that time.

The Minister works closely with Start Up Grind to see what support they can provide to start-up businesses, including a specific scheme available for start-ups that cannot raise traditional finance from banks; The Gibraltar Business Nurturing Scheme. For more information and application forms, see: https://www.gibraltar.gov.gi/business/gibraltar-business-nurturing-scheme

When asked about Gibraltar’s new digital sector, Minister Isola believes these are exciting times ahead. The introduction of the Financial Services (Distributed Ledger Technology Providers) Regulations 2017 is beginning to pay dividends for Gibraltar and leading to a steady stream of enquiries. From October 2017, he spent his first 12 months living out of a suitcase and travelling the world to attract business. It proved a highly successful investment of his time, as he has managed to attract interest from everywhere he has been to, including Latin America, Asia, Europe and the States.

Naturally, this has been a hugely rewarding experience for him, with the first phase having been a success and with a lot of good company names running their business from Gibraltar. The 17th September this year saw the launch of the updated guidance notes for the DLT space to ensure that Gibraltar continues to stay relevant and fit for purpose. Albert and the team are now moving on to a gap analysis of DLT and VASPS to ensure that Gibraltar legislation covers both areas fully. In addition to this, they will be looking at the FATF Travel Rule, which concerns domestic and cross- border wire transfers, to police, enforce and catch market abuse as and when it happens.

Conversation then turned to the BEAT COVID app that was produced by the Gibraltar Government for contact tracing as a response to the Covid pandemic. There had initially been some difficulties that were encountered when setting this up, simply because the decision had to be taken as to whether they wanted to hold data on people or not. It was evident that if they did, there would not be much of a take up from the public as people do not want their business known, such as where they are or where they have been. For this reason, the Government decided to go for pure contact tracing where no personal data is processed at all.

The way it works is if you have been tested positive for Covid, the GHA will provide you with a unique code which can be entered into the app. This will send an alert to anyone who has had close contact with you and vice-versa, informing them to isolate and ring 111. Albert confirmed there had been approximately 16,000 – 17,000 downloads of the app. It was initially advised that around 60% of the population would need to download the app in order for it to be effective. With a population of 32,000, taking into considerations babies, young children and senior citizens who may not have smartphones, the Government’s target has been hit.

Another project that Albert and his team have been focused on is that of E-Gov. They are working tirelessly to complete this long-awaited update to the Government system, which promises to bring Gibraltar into the 21st century. They have already had success with the project during the Covid period, having implemented online basic services such as MOT, Licencing, Testing as well as the Civil Status and Registration Office. Within the next few months, they will be introducing full use services to include the Employment and Tax Department. A central office will still be provided for general enquiries and to act as a support for senior citizens that may not be as comfortable using online services.

The conversation turns to GDPR regulations which Gibraltar businesses have had to adapt to and Albert confirms that businesses are complying with new requirements. The regulator has put a lot of work into ensuring businesses understand their responsibilities and what the penalties are for failing to comply. Businesses generally are compliant, working on having the right systems and processes in place so that sensitive data is treated with the respect and care that it needs.

Albert is pleased to report that there are many new businesses here in Gibraltar, including Xapo, an electronic money institution which originates from Latin America and is experiencing significant growth, eToro, a social trading and multi-asset brokerage company from the Middle East, and LMAX, a global financial technology company which originates from the UK. These are only a few of the many companies setting up shop here in Gibraltar from all over the world. Recently we have also seen new insurance businesses, new trust managers, managing general agents, AIFMs and new DLT firms, with a total of 28 new applications before the regulator this year.

Whilst all of this new business is fantastic for Gibraltar’s market, it can be difficult to balance innovation with regulation. Albert advises that all start-ups have to comply with the same rules as everyone else. When putting a regulatory regime in place it has to apply to everyone. In the blockchain space all Gibraltar firms have managed to satisfy the regulator that they have capital adequacy, which is required in order to execute their business plans. If they do not, they will simply not be licensed. According to Albert, it is very difficult to say that start-ups in the Financial Services are possible unless they have the capital behind them. It’s an unfortunate fact that he wishes could be different, but realistically firms that are going to be dealing with other people’s money cannot be granted a licence unless they have this capital adequacy, a business plan, corporate governance and all the relevant AML and KYC requirements in place.

For those non-techies looking to get more information and to educate themselves on the topic, Albert advises looking into the new courses on blockchain available at the Gibraltar University, one of which he actually attended himself. He believes that Gibraltar is unique in that sense, in that the Government is not only promoting businesses, but also promoting research and learning with these courses that are now available.

For businesses starting up, Albert’s words of guidance are to take advice. Mentors are wonderful people with the relevant experience and knowledge in the particular sectors. People should take opportunities when presented and engage with these mentors, as they will be surprised at how willing they are to help.

Albert is not one for Candy Crush and admits that most of the apps on his phone are work related. Apart from the Beat Covid app, his favourite apps are the Economist, Financial Times and the Guardian, to keep up to date with the latest news and current affairs. He does enjoy the odd game of backgammon when he has the time for it and used to be a massive Tetris fan back in the day.

There is a theme when asked about his favourite book of all time. He enjoys the biographies of prominent politicians, including that of Blair, Thatcher and Churchill. Fiction is not something he enjoys as he likes things that he can relate to.

In his spare time, he loves watching and following all sorts of sports. As a true Gibraltarian, he enjoys socialising with people, and likes to combine this with his other favourite thing; good food, by enjoying meals out with friends.

During his time in post, his greatest achievement has been the setting up of Gibraltar International Bank. With the closing of Barclays Bank, he believes it was the only way forward and that it was crucial to ensure that whatever happens, we will always have a retail bank in Gibraltar. Cabinet listened and approved his plans and he was very pleased to have driven that through. E-gov may yet turn out to be another proud achievement. These have been two of his biggest projects that proved to be quite time consuming, but well worth the investment.

When asked about his plans for the future in politics, he believes that in due course and quite naturally it will be good for new people with fresh ideas and energies to come and take over his role. When the time is right, he wants to spend more time with his family, and return to his professional career as a lawyer in his family firm.

Whilst his eventual return to practice, whenever that may be, will be a huge gain for his family law firm, it will undoubtably be a sad loss for Gibraltar, the finance centre and DLT sectors in particular, which Albert has worked so hard to develop over the past 7 years. 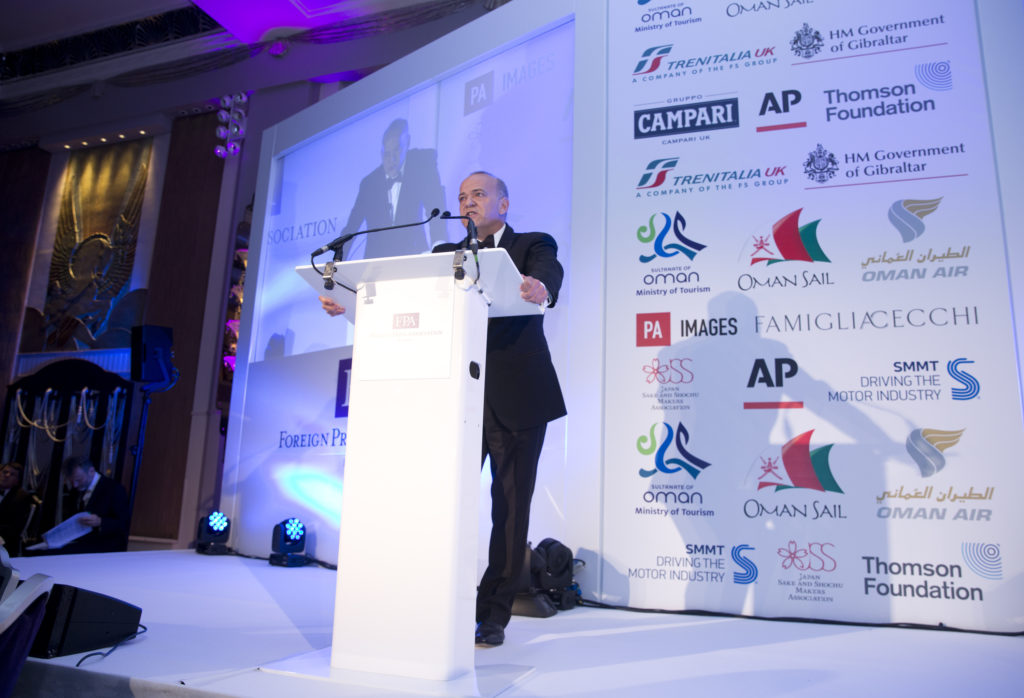